Nymphs are uniformly white. Workers are similar but darker – 1.2 cm in length, and are the commonest adult in a colony. Soldiers have a large head with large sharp mandibles - soldiers 1.3 cm in length. Reproductive are brown and winged - 1.9 cm in length.

Ground-dwelling without a mound and widespread in urban areas, woodlands and more open areas; attack trees and buildings.

This is the most destructive termite in Australia. Workers feed on wood and timber, and are most active in the wet season. They often ringbark living trees, including those in orchards, and then quickly eat the dead and dying wood. Fallen branches and houses are also attacked, and termites will often cause damage to electrical cables and other material in the search for food; they are considered a serious pest.

Solders – 4.00 mm to 6.5 mm – Mandibles. Heads are pear-Shaped and rounded laterally. There is a milky exudate from the fontanelle on the anterior part of the head. No teeth are apparent on the mandibles.

Coptotermes acinaciformis is most commonly found in the base of trees and stumps and in built in patios, under concrete slabs and buried timber, wherever there is moisture and a secure hiding place to form a nest. They love it between garden sheds and the fence when timber is left there. One of the most destructive elements of this species is that it can form ancillary nests, away from the main colony, particularly in wall cavities. This species of termite feeds on wood and wood products, bark, leaves and grass.

Second most destructive termite is Australia. Workers feed on wood and timber and are most active in the wet season.

Description: Soldiers are 3.5 to 7.5 mm in length with mandibles. Solders have long rectangle heads and no obvious teeth on the curved mandibles. Due to their size identification is best left to a trained expert.

Species have very small colonies adjacent to stumps, logs on the ground, rotting wood or even besides mounds of other termite species.

Species of this genus occur throughout most of Australia. Most are located in Northern Territory and Far North Queensland. This is not normally considered a damaging genus as most attacks occur in fences, decking and posts however in the Northern Territory (above the Tropic of Capricorn) they become timber pests and may attack timber in use. (Houses / Dwellings) 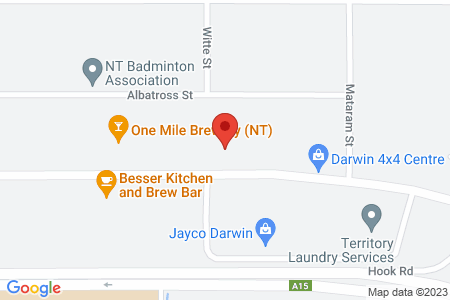